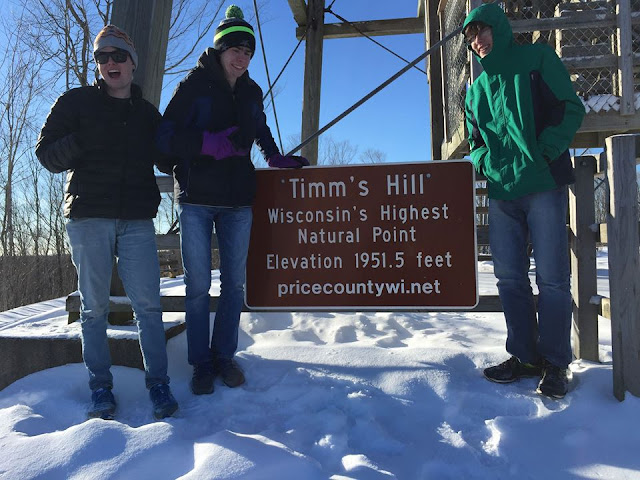 In the winter of my junior year of high school, all student-athletes got out of class to see some sort of “Excellence Assembly.” It turned out to be something like a TED-Talk, except the presenter appeared to have a passionate and personal hatred for each and every one of us. His speech jumped wildly between topics, veering from drug use to social media to nutrition to sleep to exercise, but on each point he had a consistent message: there was a right and a wrong way to do these things, and we were all doing it the wrong way. He personified the right way as some U.S. Marines that he’d known, who he described as perfect human machines who rarely talked and never laughed and always marched in perfect formation.

In case it isn’t clear, I despised this presentation, and as soon as it let out I wrote an editorial response that I planned to send to the student newspaper. I don’t have it saved anywhere (though, given my writing at the time, I bet it was hardly more intelligent than the presentation itself), but I still remember the last line: “After all, someone has to defend having a good time.”

In the end, I decided not to try to publish it for two reasons. First, if anyone who didn’t know me read it, they’d dismiss it as another lazy kid trying to find an excuse to be lazy (“Teenager DislikesBeing Told What to Do” is hardly headline news). And, second, anyone who did know me would know that I was the last person to defend having a good time. I hardly ever missed a day of cross country practice, never turned an assignment in late, and my idea of a splurge was to push my bedtime back to 10:00 and watch two episodes of The Simpsons in the evening instead of just one. Not to mention that due to my OCD (undiagnosed at the time, but still very much present), I was probably even more obsessed with doing things the right way than the presenter, though my right way mostly focused on the number thirteen in some way.

But an important factor of my OCD is that it only affects what I do. Sure, I’ll be certain something terrible will happen if I stop reading a book on page thirteen, but I don’t care if other people do what they will with that number. But there are a lot of people like that TED-Talker who can’t stand other people doing things the wrong way, however trivial the difference between right and wrong is. You run into these kinds of people often in schools: class picture photographers who spend an hour making sure everyone has the same expression and proper posture, choir directors who demand a hyper-specific dress code, coaches who publicly shame anyone doing the drills wrong. What’s worst is when these people in charge try to be enthusiastic about their strict and arbitrary rules, those teachers who explain the proper way to write a cursive G with a huge smile on their face, not because of any use this letter has, but because the pointless act of writing a cursive G is somehow supposed to be fun. There’s actually a fairly popular and respected teaching technique called behaviorism that is essentially this: embracing obedience as a virtue, rewarding the right behaviors and punishing the wrong ones, while leaving the student with no uncontrolled choices.

OCD aside, it’s strange that I get so mad at people who value obedience. After all, I want to be a teacher, and even if I’m not a full-on behaviorist, no one can run an effective classroom without some emphasis on obedience. I guess it’s the arbitrariness that frustrates me, how the rules are supposed to sit invincibly once they’re laid down. But that arbitrariness is necessary sometimes. I ran into that problem teaching basic literacy skills to elementary schoolers this summer. Capital letters and silent e’s seem perfectly natural to me, but I’ve seen firsthand how much students despise constant correction, even if it is the only way to learn. There’s no way to make it not arbitrary either: I love it, but I have to admit that English writing makes no sense at all.

As useful as obedience is, I think that it’s overused, especially in schools. Having a little room for natural deviation or a little time for slacking off is a necessary resource for sanity. When possible, teachers should enforce the least strict version of the rules, or at least explain why it exists in the first place. I get that it’s probably premature to lay down my laws for teaching before actually doing it on my own yet, but maybe it’s best for me to lay it down now, before life as a teacher grinds away at me too much. After a few years of not being a student, I might be in danger of forgetting what it’s like to be bossed around all day, and I never want to end up like the irate TED-Talker. 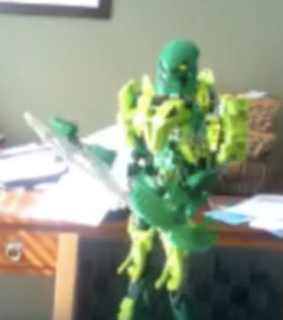 I found a youtube video earlier this week that made me pretty nostalgic for Bionicle and, since I was at home, I took out a few that I’d built myself. I’d meant just to look at them, to admire all the time I’d put into making them, but pretty soon I was playing with them. And by playing I mean actually playing, in the kind of uninhibited way a five-year-old plays, bashing them together, speaking for them and making sound effects, the kind of playing that looks totally deranged to anyone else. But, to me, a setting emerged, and so did personalities for the characters, and pretty soon it was a story. Not a story that would work all that well if you wrote it out (the whole thing was premised on nine robots fighting each other for no reason, after all), but a story that I liked, at least in the moment. Afterwards it was shameful, partly because I’d made nine character I halfway liked without any effort, while a week at a writing desk trying to come up with a single decent character got me nowhere, but mostly because I’m supposed to be an adult. And adults don’t do that.
You could say that things aren’t so black and white, but if there’s a totally accepted way for adults to play, I haven’t found it. There are online communities of adults who like Legos, sure, but as someone who has been part of that community, I can say that it’s all about creation and display: the fun part is making the model, not doing anything with it. There are adults who do role-playing games like Dungeons and Dragons, adults who create stories in writing or inhabit characters in acting, adults who get physically active in sports. But none of those are the same, exactly. They follow rules and create something from the experience and feel like a job sometimes. None of it feels as spontaneous, or fun in the same way.
It makes sense, I guess, that people grow out of play. I’ve often heard that play is an evolutionary adaptation, a way of simulating adult experiences so children will be better prepared when they come of age. Once you’re an adult, play doesn’t make sense anymore, you’re supposed to have learned what to do and started doing it. Movies like the Toy Story series assume that this process works normally: the tragedy isn’t that Andy won’t play with the toys anymore, but that he simply can’t. Even the man-child archetype, pathetic as it is, doesn’t offer a model of adult play: he tends to be a snobbish collector who won’t take the toys out of their original packaging.
I’ve been worried about this for a long time, actually. I remember going through a period of acute anxiety at the beginning of middle school around growing up. Most of that was a natural fear of independence that I’ve mostly come to terms with by now, but part of it was that I wouldn’t be able to play anymore, that all my toys would just be more lumps of plastic in my mind. Now I know that didn’t come to pass, but it brings problems of its own.
I don’t mean to oversell this. The fact that adults don’t feel allowed to play like kids is hardly the most pressing issue in our society at the moment, and anyway, I can still get part of the thrill from writing or D&D. But it’s still a shame that there’s no straight-forward to play as an adult, that you have to be part of a society for Live Action Role Play or a parent humoring your kid. The issue is that people take themselves too seriously, I think, that there’s a sense that your boss is always looking over your shoulder to see if you’re doing a good job at being a grown-up, so you’d better make even your hobbies look like work.


But it’s kids who really need play, after all, and as someone who spent the past summer socializing almost exclusively with second-graders, I can assure you that they’re doing it. There’s a cantankerous ending here begging to be written about how play is precious and disappearing from our tech-saturated children, but in my experience, so long as kids have unstructured recess time, there’s no danger of that. Sure, these days they pretend to play live-action Minecraft, which gets pretty confusing if you don’t know the lingo (“let’s punch down this tree so we can make a crafting table and make our gold into a railroad!”), but it’s play all the same, and you only need to look at the kids to know that they’re having the time of their lives.
Posted by John Osler at 1:36 PM No comments:

Finally! Though someone scrolling through would see this first and have no idea why it's so important.
Posted by John Osler at 9:21 PM No comments:

Finally!
Posted by John Osler at 9:21 PM No comments:

The movie, I mean. The book probably is too, but I haven't read it. I should, though, since I liked the movie so much.
Posted by John Osler at 9:20 PM No comments:

Running Out of Ideas For These

Sorry. Not too much to say.
Posted by John Osler at 9:20 PM No comments:

Still, It's Pretty Cool That I'm Well Past My 100th Post

Though I'm kind of undermining the sanctity of posting with these worthless ones.
Posted by John Osler at 9:19 PM No comments:

Hi, I'm John Osler, an aspiring fiction writer and English major studying at Grinnell. I'm hoping to update twice a week: some kind of longer, personal post on Thursdays and a writing fragment from the archives on Mondays.